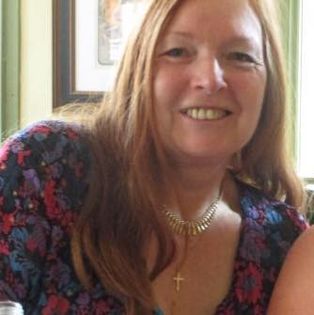 Lizzie is a former chair of LDCF and has been involved with us for several years. Lizzie became a Christian as a child and was brought up Free Church but became an Anglican as a young adult. She attends St Peter's church in Chester where she leads the team of intercessors for Night Church. Lizzie joined the party in 1984 and has stood for parliament numerous times since 1992. She is probably best known as the creator of the policy to raise the Income Tax Threshold. Lizzie owns a vintage style tea room where she endeavours to provide food for everyone.  She is married to Kurt and has 3 daughters, a son and 7 grandchildren.

Toby came to faith in 1975 through Crusaders/Urban Saints. He has always been passionate about Liberal Democrat values and joined the Party after the 2015 election, like so many others. He joined LDCF soon after, joined the executive in 2019 and was elected Chair in 2021. Until recently he worked on the Chesham & Amersham Party Executive, playing a very small role in the election of Sarah Green and still works with local volunteers. He is a member of an Evangelical Anglican church and holds views on the liberal end of liberal/conservative. Married to Carole with 3 grown-up children and avid supporter of QPR.

John Kildea - Vice Chair
I came to faith as a child. As I have grown older my understanding of the Christian faith has developed. I joined the party and LDCF in 2010. I live and work in Coleraine, attending one of the Presbyterian churches in the town. I have been particularly influenced and impressed by the peace building ministry of Ken Newell (Fitzroy Presbyterian, Belfast), a church I attended for a number of years. “Bad religion “ has been part of the conflict in Ireland, true Christianity, as exemplified at Fitzroy and other churches, is a major part of the solution. I am married to Sarah and we have a teenage daughter who is currently at university.

Hilary Jones - Secretary
I was brought up in a Christian home (Methodist) but went to Congregational Sunday Schools for much of my youth. I became a church member aged 14 but that was almost certainly rather premature. I was a rather rebellious teenager and went away from the church. I came to proper faith in my early twenties and became very involved in church life. I met my husband (then Baptist and now a Methodist lay preacher and member of LDCF) through work for Christian Aid. In recent years I was very involved with the youth work in an LEP (Methodist/Anglican) but instead of becoming a joint church the partnership has broken down completely and the Methodist Church has closed.
My family were not very political (one nation Tory more than anything). I was largely supportive of the Labour party (I was not a Thatcher fan!) but decided to get involved with the Lib Dems and joined in 1997 (strange year really!) and got very involved in the local scene (Lib Dems were doing well here then). I persuaded my husband to become a councillor in 2004 which he was until getting knocked out in 2015. We’re both standing for our ward in the upcoming all-out elections.

John Pugh - Executive Member
John Pugh has been an active member of the party most of his adult life and was the MP for Southport between 2001-2017 when he stepped down. He was the party’s Education Spokesman in the 2015-7 parliament and regular presence on the influential Public Accounts Committee for most of his parliamentary stint. He also served as a councillor on Sefton MBC before and after his parliamentary term. Being first elected in 1987 he eventually he became Leader of the Council, and returned in 2017 as Lib Dem Group Leader. By profession he was a teacher with his career divided between the Comprehensive and the Independent sector. He was Head of Philosophy and Religious Studies at Merchant Taylors School ,Crosby - and amongst his qualifications is a doctorate in Logic. He has a specialist interest in Catholic Social Teaching (CST) and was one of the driving influences behind the pamphlet “Liberal Democrats Do God”.  He is married with four children and nine grandchildren

Jacqueline Bell - Executive Member
Jacquie Bell lives with her family in Belhaven, Dunbar. She is a retired social worker and is currently active in a variety of community groups including Dunbar Community Council. Jacquie joined the Liberal Democrats in 1989 and LDCF over 20 years ago. Jacquie has had a rather ecumenical Christian life since childhood. She was baptized at Penrallt English Baptist Church  whilst at Bangor University. She has been a member of Belhaven Parish Church (Church of Scotland) since 1989.

Chris lives in East London with his family, where he serves as Vicar of two Anglican parishes in Barking and Becontree as well as being an Ordination Adviser for the    Diocese of Chelmsford. Chris is committed to both his Christian faith and his liberal values. As a member of both the Liberal Democrats and LDCF, Chris believes        that we need a strong Christian voice within our party. Chris is particularly passionate about issues of religious freedom and tolerance. In his spare time Chris         enjoys reading, photography and spending time with his family.

Olivia Honeyman - Executive Member
Olivia attended church when she became a Brownie, Guide, then an Assistant Guide Leader. In adulthood, she questioned whether she really believed in God, she then decided to walk away from the church completely.    Olivia then decided to investigate going back to church and participated in the Alpha course at Lewes Baptist Church, and became a Christian. Olivia attended the Baptist church, becoming a member for a number of years, then left.  Olivia has now been a member of the Seaford Religious Society of Friends since 2014.
Olivia has been a member of the Liberal Democrats since 2014, she was a Town and District Councilor from 2015- 2019, then a Town Cllr from 2019.  Olivia is on the Lewes Executive. In August 2021, she became an approved candidate to stand as a PPC.  Olivia oversees the South East region LDCF group.

Nigel Orchard - Executive Member
Nigel has been churched since a choir boy, but came to faith in his 30s whilst working as an organist in London. He   is married to Nina, has 3 teenage children, and moved to Carlisle in 2020 to start Nina's ministry as ordinand in the   CoE. Nigel's day job is running a software business, managing to stay afloat since 1989 despite being in   competition with the major energy companies. He joined the Lib Dems in 2013 when we had both Energy and   Business Ministers (Ed and Vince), and was Chairman of Hammersmith from 2014 to 2017. Nigel served on LDCF   and Green Lib Dem Executives from 2015 to 2017.

John has been a member of the Party since its inception and a Roman Catholic since birth. Linda his wife is a Quaker.  He is currently the Membership Development Officer for North Herts and Stevenage Local Party.  He has been actively involved in Ecumenical Groups for many years and more recently Inter-faith.  With a degree in mathematics from Trinity College, Cambridge and an accountancy qualification, he spent most of his career in the IT industry, co-founding and running an independent consultancy and systems company for 20 years.  Semi-retired, he still undertakes occasional consultancy and expert witness assignments.