International Day for the Elimination of Violence Against Women

Kirsten Johnson, LDCF Exec Member, marks IDEVAW by reflecting on the issue of violence against women here in today's society and telling us how we can help put a stop to it. 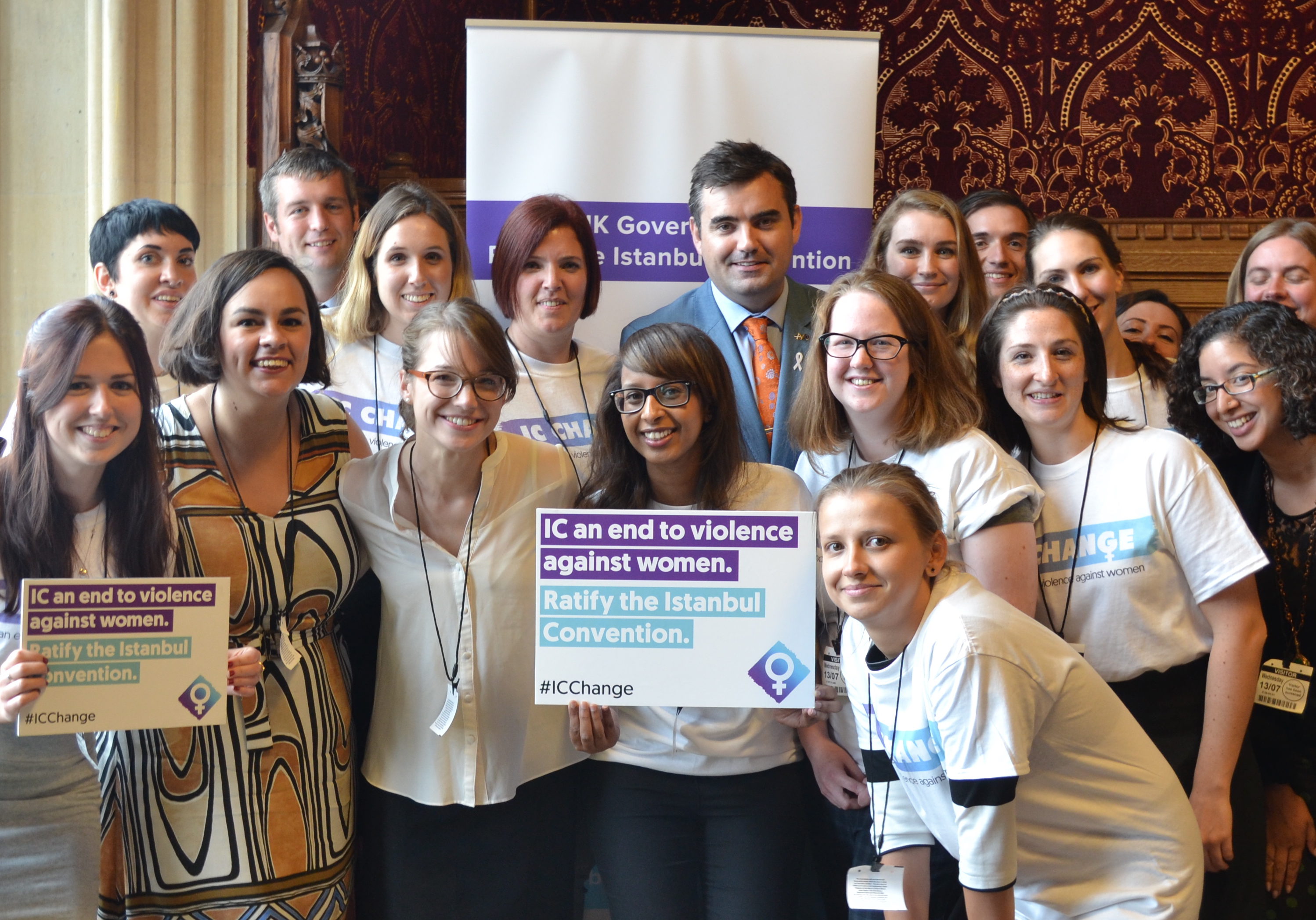 Two women each week are killed by a male partner here in the UK.

The 16 Days of Activism against Gender-Based Violence Campaign kicks off on Friday, 25 November, the International Day for the Elimination of Violence against Women, and runs to December 10th, Human Rights Day.

At least one in four women in the UK (one in three internationally) experience abuse at home. Whilst the majority of victims are women, 700,000 men each year suffer domestic violence.

The Istanbul Convention defines domestic violence as, “all acts of physical, sexual, psychological or economic violence that occur within the family or domestic unit or between former or current spouses or partners, whether or not the perpetrator shares or has shared the same residence with the victim.” Domestic violence is about power and control. Gender inequality at all levels of work and society reinforce the underlying currents of domestic abuse.

Albania has ratified the Istanbul Convention but we haven’t.  There is a Private Members Bill going through Parliament now which will fix this.  On December 16th the Preventing and Combating Violence Against Women and Domestic Violence (Ratification of Convention) Bill 2016-17 will have its Second Reading.  We all must urge our MPs to support this bill.

“62% of children living with domestic abuse are directly harmed by the perpetrator of the abuse, in addition to the harm caused by witnessing the abuse of others.” And those who are victims of abuse in childhood are much more likely to become abusers themselves.  We must break this cycle.

IC Change is a UK movement working to have the Istanbul Convention ratified in the UK. Please support their work.

A quarter of teenage girls report physical abuse in their personal relationships. The horrifying statistics go on and on.

What is the church doing about this?  There is an organisation, Restored Relationships, which is working to support victims of domestic violence and provides material to churches on tackling abuse.  Whilst domestic violence is a problem across all religions and sectors of society, the church needs to be aware of the particular mindset that religion brings to the equation, a factor which often perpetuates abuse.

Many women in Christian relationships might feel they are to forgive their abuser, seventy times seven (Matthew 18:21-22), as Christ has forgiven them. Others might feel they are to submit to their husband, not understanding that relationships are grounded in mutual submission and love. Others might feel a commitment to raising their children in a Christian household, and that they therefore must stay with their abuser.  The church needs to come alongside women, men and children experiencing domestic violence, get them out of those situations, and teach that a gospel of love and mercy is also one of justice and equality.

John 13:34-35 reads, “A new command I give you: Love one another. As I have loved you, so you must love one another. 35 By this everyone will know that you are my disciples, if you love one another.” This love applies within relationships and without.  An abused woman is not experiencing that love, and it is not she who is at fault, but the abuser.

So let’s live out this love by standing up against the injustice of domestic violence and supporting the IC Change campaign to ratify the Istanbul Convention in the UK. We have an opportunity to do this on the 16th Decemeber – contact your MP to make sure they’ll be in Parliament to pass the Bill.