One of the many delights about being a member of our party is that conference still debates and votes on party policy. One amendment that elicited a large number of responses in Glasgow was proposed by Evan Harris and Julian Huppert during the Equalities Policy Paper debate. The first part of this called for an end to faith-based selection to all new state-funded schools and to phase this out over the next five years in all schools. 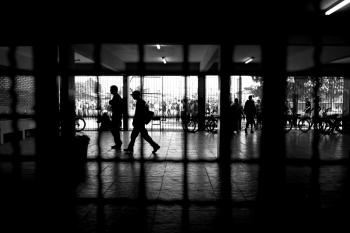 Several delegates spoke against this, including Vince Cable, Simon Hughes and Stephen Lloyd. Many people made the point that this was an important issue that needed a fuller debate and should not be tacked on to an Equalities Paper that covered many other important topics. This mood prevailed and conference rejected that part of the amendment. However, I am sure that our party will continue to debate this important issue, which causes many of us to consider what role liberals believe faith should play in our education system. As a party member for over 15 years, a councillor in Watford and also someone who has worked in a Catholic sixth-form and is now employed by the Catholic Education Service, here are some of my thoughts.

The basis of many criticisms of church schools is that they are divisive. Discriminatory selection processes result in divided communities and as liberals we should oppose this. Such an outlook has resulted in the coalition placing a 50% cap on admissions based on faith in any oversubscribed new free school or academy. I do not accept the basis of this criticism. If I had attended my local comprehensive in Sheffield, 99% of my fellow pupils would have been white, drawn from the same lower-middle class neighbourhood, with a prevailing agnostic or secular outlook. I chose to attend a Catholic school some distance away. This had a much larger catchment area. It was far more socially and racially diverse, as pupils came from all parts of Sheffield. I had friends who were Catholic, Anglican, Muslim and agnostic.

As a liberal I am always very wary about central government telling people what is best for them. I am much more comfortable with giving people the power to make decisions for themselves. I have no doubt that many Liberal Democrats would like to send their children to schools that do not have a religious designation. That is their right. The debate is, should they ban The Cleggs and others from making a different decision? The harm principle would suggest that they should only do this if such schools causes damage to society. Given the popularity, excellent results, value for money and diversity of faith-based provision I would query the assumptions that underpin much of our current thinking in this area.

We seem eager to find a solution to a problem that I do not think exists. This has resulted in incoherent policies such as the 50% cap. The result of this is that many parents in over-subscribed new schools could be at an advantage if they denied their own religion. Indeed, this policy is so bad that the Catholic Church is unable to open any schools affected by it. This may well please Evan Harris but for those of us who value the contribution made by faith communities to educational provision in this country over many years, it should give us cause for concern.

My hope is that our party can develop a policy in this area that is based on tolerance, respect for religious freedom and which gives power to local communities, parents and pupils. Schools that are diverse, teach the national curriculum and have a strong ethos, based on the values of the communities that they serve, are not a problem that needs to be fixed by an inflexible central government cap.