Christianity and Liberal Democracy in the 21st Century

I identified as a Christian and a Liberal Democrat around the same time. Whilst I’d grown up in a progressive Christian home, it took until I was 16/17 years old to have asked enough questions, debated with a wide enough pool of people and challenged the principles of Christianity sufficiently to consider getting baptised. Simultaneously I was doing my first year of A Level Politics and discovering that the values advocated for by the Liberal Democrats struck a chord. I joined the party 10th May 2015 and got baptised 18th October the same year.

The topic of Christianity and Liberal Democracy in the 21st Century is personal for it is my past, present and future.

When I think about the legacy that Christian Liberal Democrats are leaving in the 21st Century, then I long for it to be remarkable, unapologetic and overflowing with dignity. God loves recklessly, with free abandon – by aiming to follow his example then our campaign literature, manifestos and policy should overflow with compassion.

Reckless love is perhaps not a behaviour we often see in politics, an arena that is renowned for hypocrisy and greed. But we are called to stand apart, to throw ourselves into our work and in the same breath surrender the outcomes (Rob Bell). This is inherently democratic and whilst our first allegiance is to God, we are also accountable to the electorate when it comes to living out “yet not my will, but yours be done” Luke 22:42. Practically being a Christian and a Liberal Democrat in the 21st Century is to take up your cross and follow, to stand up for the vulnerable, hated and misunderstood in our society with radical recklessness for “what good will it be for someone to gain the whole world, yet forfeit their soul?” Matthew 16:26.

This steadfast attitude towards fairness, freedom, openness and non-conformity are intrinsically liberal and inspire us to be loving in a way that makes us be distinct from other political parties in the face of current apathy and hopelessness. As it says in Isaiah 32:8, we are called to be noble, a word that in some biblical translations is replaced with the word liberal - ‘But the noble make noble plans, and by the noble deeds they stand’ (NIV) – “But the liberal deviseth liberal things; and by liberal things he shall stand” (KJV). I love the simplicity and challenge these words provide.

I will close this article with an affirmation, it comes from The West Wing, a political drama that if you aren’t familiar with I would highly recommend investing in as a matter of urgency…

‘When you try to hurl that word liberal at my feet as if it was something dirty, something to run away from, something to be ashamed of, it won’t work senator because I will pick it up that label and wear it as a badge of honour’ – Santos

May we members of the Liberal Democrat Christian Forum in the 21st Century be noble, reckless and unapologetically liberal!

Amy is on the board of directors for Christians in Politics and is passionate about supporting young people engage in public life. She has stood for election for the first time in May this year, and campaigns for the party both at home (Birmingham) and at University (Bath). Amy is a proud feminist and human rights activist studying Politics and International Relations. 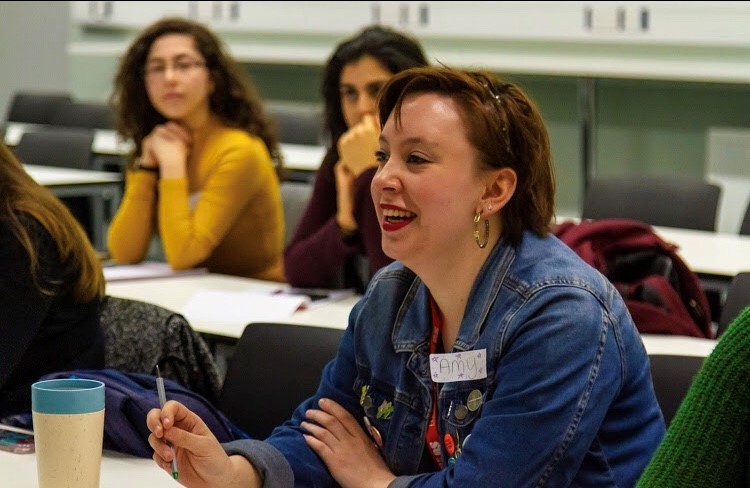 This blog post comes from our annual magazine. To find more stories of 'faith in action' click here: 2019-2020 Magazine